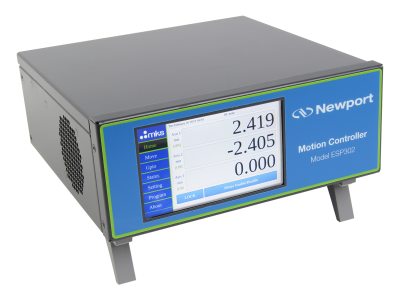 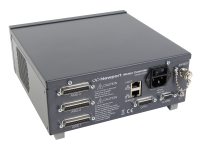 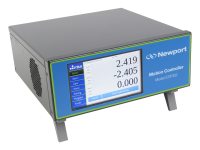 The ESP302-1N Single Axis Motion Controller and Driver is the successor of the popular ESP301 motion controller providing the same functionality as the ESP301 with an Ethernet inteface, web base GUI, and enhanced front panel functions through LCD Touch Screen. For maximum backward compatibility, the ESP302 features the same motion commands and control algorithms as the ESP301.

The ESP302-1N drives and controls one axis of motion using DC or 2-phase stepper motors up to 3A. This capability enables driving a large selection of Newport stages and actuators. Built-in drivers make the ESP302 controllers a space saving and cost effective choice. ESP302-3N back panel is shown. 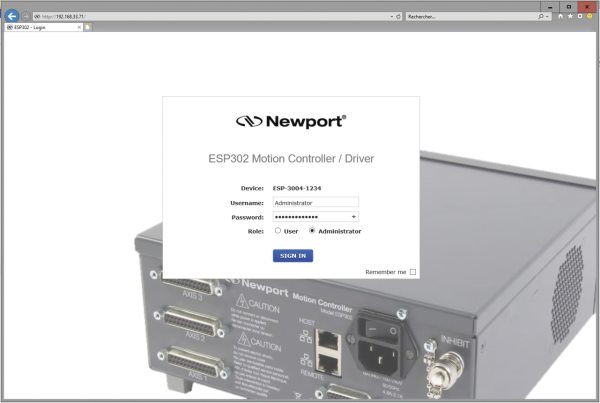