There has been a tremendous increase in the volume of internet-based digital data communications over the past decade, with global cloud data center traffic reaching 8.2 zettabytes (8.2 x 1021 bytes) in 2017 alone. This is the equivalent of streaming 2.7 trillion hours of high-definition movies.

Both consumer and non-consumer demand are driving this growth. On the consumer side, internet traffic arising from social media, e.g., Facebook, Twitter, Snapchat, LinkedIn, etc., has exploded, as has the use of streaming media platforms such as NETFLIX, Hulu, YouTube, and others. E-commerce platforms like Amazon, Alibaba, Ebay and others have gained significant acceptance in a very short period. Furthermore, day-to-day business activities, as they evolve to leverage the internet, are contributing to increased internet traffic via services such as Amazon Web Services, Microsoft, Google, and Baidu Internet traffic originating from non-consumer sources is also growing and has the potential to surpass consumer-generated traffic. Non-consumer traffic includes sources such as Big Data and Artificial Intelligence (AI), e.g., IBM, Google, Amazon, Microsoft, and the Internet of Things (IoT). The IoT is expected to contribute a massive volume increase in internet traffic. The IoT is the network of physical devices, vehicles, home appliances and other items with embedded electronics, software, sensors, and actuators. The rapid growth of IoT is due to the fact that internet-based connectivity between devices such as smart home appliances and smart sensors enables automated control that will significantly improve the operational efficiency and safety of these devices. For instance, smart cars are projected to cause far fewer traffic accidents than human-controlled vehicles. Another example of the way that internet connectivity between devices can improve human safety is provided by the systems used for earthquake warnings. These systems currently offer about a 10-second warning prior to the arrival of an earthquake. This allows a signal to be broadcast over the internet to shut down facilities such as electricity, gas, and water in the affected area. Since most of the earthquake damage is caused by fires and flooding, the application of IoT for such safety protocols can reduce injury and damage.

The obvious advantages provided by the interconnection of different devices has created demand for more data centers and greater bandwidth to handle high-speed internet data transfer. As this demand has increased, older technology based on copper wires has reached the limits of its speed and bandwidth. As a consequence, data transfer technology has migrated to optical fibers for digital data communications networks that employ optical transceivers to generate and receive signals. Optical fiber networks offer several significant advantages:

The clear advantages of the optical fiber network have resulted in more and more data communications networks employing this technology, especially those networks and data centers that require the highest speed data transfers. Currently, most networks with data transfer rates of 10 Gbits or higher use optical fiber networks exclusively. The basic elements of such a communication system include: a source of light (photons) such as a laser diode; an optical fiber (or waveguide) to contain and physically guide the light; an optical amplifier; and a transceiver. The physical mechanisms governing the operation of these elements can be found in various sections of Laser Diode and LED Physics, Fiber Optic Physics discusses fiber optics, and Photoreceiver Physics details photoreceivers. Lasers having different wavelengths (and other attributes) are available and the choice of light source should be optimized for a given application. The chosen wavelength of light must be compatible with the optical fiber to enable high speed, low loss (highly efficient) signal transmission. For example, light having a wavelength of 1.3 µm or 1.55 µm is commonly employed in optical communications because optical glass has very low absorption at these wavelengths. Finally, the system must be highly reliable, stable, repeatable, and long lived.

Bandwidth is often the limiting factor in data communication networks. Consequently, users are continually exploring different options to increase it. The four most common strategies to increase bandwidth are, in order of decreasing incremental cost:

Figure 1. Eye diagram comparing PAM4 signal properties with PAM2-NRZ.
Thus, increased bits per symbol provide the most economical route to increased bandwidth in a data center build-out or network expansion. However, all four strategies are being employed to satisfy the demand for increased bandwidth. The rapid pace of expansion and change in the industry is easily confirmed by an examination of the recent and projected sales figures for commercial optical transceiver technology. Figure 2 shows revenue tracking and forecast data for optical transceivers, which clearly reflects the rapid build-out of 100 GbE (Gigabit Ethernet, 1 x 109 bits per second) networks since 2015, with 200 GbE and 400 GbE build-outs expected to take off starting in 2019/2020.

Standards are also evolving to meet the needs of high-speed data communications. The Ethernet Alliance publishes a roadmap for these standards every few years and Figure 3 shows the rate at which new standards are being developed. It can be seen that the rate of development of Ethernet speed standards has accelerated threefold during the past two decades. This reflects both the rapidly increasing need for higher speeds and bandwidths and the greatly improved performance of optical technologies. The most recent standard, not yet widely adopted, is 400 GbE, published in 2017. The 800 GbE and 1.6 TbE standards are expected in the mid-2020Õs with adoption soon thereafter.

The use of optical fibers has dramatically increased the transmission speed and bandwidth capabilities of digital communication systems. However, it is only possible to realize expanded capabilities when other components in the system can fully leverage them. The production of new generations of higher-speed, increased bandwidth optical fiber-based communications networks thus requires concomitant advances in the properties of other network components. These advances include more complicated form factors, advanced modulation schemes, faster optical emitters and receivers, denser wavelength division multiplexers, and significantly greater use of optical fiber.

The next generation of ultra-high bandwidth optical networks is expected to be the first to deploy silicon photonics (SiP) technology. SiP leverages semiconductor fabrication technology to integrate electronics, lasers, modulators and the receiver at the chip-level of an SiP optical transceiver. This reduces interconnect lengths which lowers SNR and improves compatibility with other system components. SiP devices have demonstrated a more than four-fold increase in optical lanes with the same form factor as older, non-photonic technology.

Laser diodes lie at the heart of many optical communication systems. Lasers that are included in communication systems must necessarily undergo performance characterization, control, and analysis. The degree to which these devices are characterized varies, depending upon whether they are in development, undergoing validation, or have entered the mass production stage.

In the test stage, the goal is to get quality finished goods. The challenges are moving high volume finished devices thru test to ensure functionality and reliability. We offer proven laser diode protection to ensure devices are not damaged and destroyed during test and LIV capable test instruments to allow performance validation. See Laser Diode Characterization, Life Testing, and Production Burn-In for additional information.

Precise fiber alignment is necessary for accurate and reliable data transmission in an optical network. Most optical networks have many optical couplings and even minor (< 1%) losses at these couplings accumulate to produce significant signal loss and consequent problems in data transmission. Minimizing coupling losses is critical in these networks. Good fiber alignment produces the highest coupling efficiency and therefore the least signal loss before assembly or packaging of an optical system. Minimal signal loss results in reduced power requirements which, in turn, means fewer repeaters, lower investment costs, and reduced incidents of failure. See Fiber Alignment Solutions and Optical Fiber Alignment technical notes for additional information. The devices that transmit and receive data, known as transceivers, are some of the primary enablers of growth in the datacom market. MKS provides optical-to-electrical (OE) converters that are important for the design, manufacture, and testing of optical transceivers. These OEs enable the production line testing of optical transceivers by converting incoming photons into an electrical current that can be measured using conventional production test equipment such as oscilloscopes. See Optical Transceiver Physics for additional information. 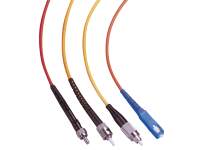 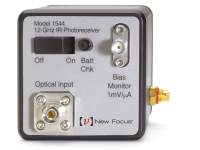 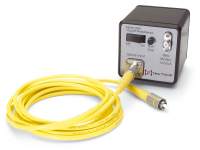 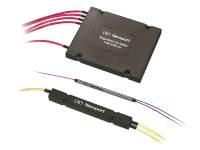 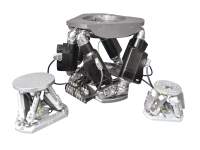 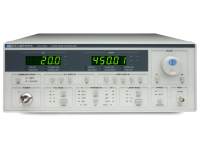 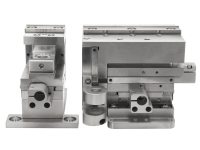 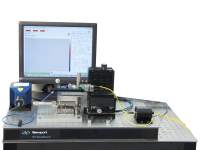