Optogenetics combines genetic and optical techniques to selectively and specifically modulate signaling pathways in intact living organisms using light. This rapidly expanding field has been driven by developments in ultrafast laser and microscope technologies. Using a microscope, laser light can be focused precisely on specific neurons containing light sensitive ion channels, or opsins, and causes those neurons to activate and signal each other. Fluorescent proteins that are sensitive to calcium or voltage can be used to visualize this activation non-invasively. As neuroscientists develop new genetic light sensitive tools, high peak power fs lasers for two-photon activation have developed in parallel. These lasers have the high peak power necessary for activating more neurons simultaneously and with high precision.

A single human brain contains more than 100 billion neurons. These neurons form a complex network with more than 100 trillion connections, or synapses, that send electrical impulses to control muscles and organs, and perform cognitive functions. An overarching objective in neuroscience is to develop an understanding of not only the physical structure, but more importantly, the functionality of the brain, especially the means of communication among neurons. Understanding these connections can reveal the fundamental science behind neural networks, which could lead to cures for diseases such as ParkinsonÕs and Alzheimer's.

2PF microscopy allows for visualizing neural networks in live tissue, in three dimensions, and with resolution down to a single cell. Optogenetics can be combined with 2PF microscopy (denoted as two-photon optogenetics) to yield tools that enable the activation and visualization of brain activity with single cell precision. However, the fluorescent proteins (such as GFP and many different colored variants) that have driven a renaissance in light microscopy are not amenable for two-photon optogenetics. Since GFP is a protein, it can be introduced into the genetic material of an organism and its location identifies specific cells or cell components in a living organism. Unfortunately, fluorescent proteins are not sensitive to dynamic changes in the cell and cannot directly influence the cellÕs or organism's behavior. Two key biological discoveries (discussed below) were required to enable the manipulation and visualization central to optogenetics.

The discovery of Channelrhodopsin-2 (ChR2) spurred the first experiments of optogenetics and opened the possibilities for controlling neuronal activity using light. ChR2 is an opsin, a class of proteins comprised of different ion channels that can be opened and closed using light, i.e., photoactivation or photostimulation, and cause different signaling effects in the neurons that contain it. When an organism has been genetically engineered so its neurons contain opsins, neuronal activity can be triggered by illuminating the cell using bright light. Through photoactivation, the ChR2 channels pump cations into the cell, causing an increase of the voltage across the cell membrane (an action potential) and firing of the cell. This causes the release of neurotransmitters and signaling of neighboring neurons. This process is repeatable and can be done many times without causing damage to the cells. In order to activate a single cell, an ultrafast laser and a 2PF microscope are needed. By focusing the beam to a small spot around the neuron's membrane, sufficient power can be delivered to reach the threshold where the neuron will activate.

In addition to the use of opsins for activating cells, there are optogenetic tools that can be used to report the signal of neural activity after activation. One class of fluorescent indicators that can be used to read out this activation is a genetically encoded calcium indicator. These indicators become brighter when there are higher concentrations of free calcium ions in the cytoplasm of a neuron, which happens following an action potential in the neuron. When a neuron fires, the intracellular calcium concentration increases for around 100 Ð 500 ms, making it easy to detect a single firing of a neuron. 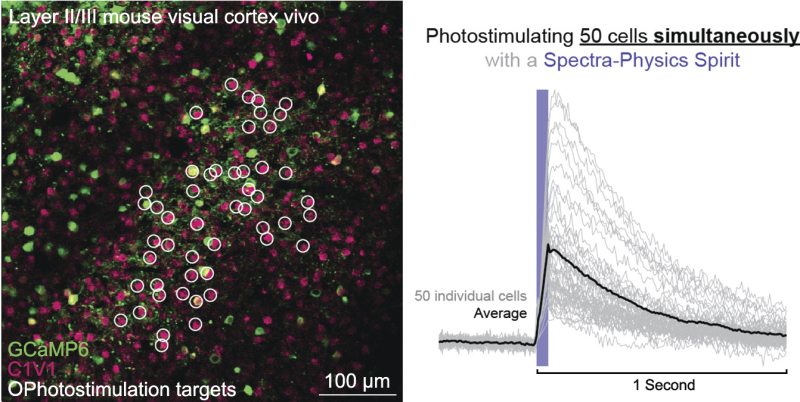 Figure 1. Simultaneous photostimulation of up to 50 neurons in vivo courtesy of Lloyd Russel, Adam Packer & Michael Hausser, UCL.
These discoveries enable both the activation and measurement of neurons in vivo. This requires having a single organism containing both an opsin and calcium indicator genetically encoded in its neurons. To perform these functions in concert, the photoactivation and readout need to use distinct wavelengths of light that do not spectrally overlap. For instance, one probe can be activated using light between 900 and 1000 nm, while the other probe records the response with light between 1000 and 1100 nm. Most commonly, a red-shifted opsin such as C1V1 is used along with a green calcium indicator such as GCaMP6 for visualization. High peak power lasers with lower repetition rates are ideal for use in optogenetics when using a spatial light modulator (SLM). SLM's can focus laser light onto many different spots, allowing simultaneous activation of multiple neurons. Figure 1 shows the simultaneous photostimulation and imaging of 50 neurons in vivo in a mouse visual cortex using these dyes.

The MKS Spectra-Physics femtoTrain™ laser is a fixed wavelength (1040 nm) laser system delivering up to 5 W in a 10 MHz pulse train. The femtoTrain 1040-5 laser offers pulse widths below 200 fs, at an average power of 5 W to deliver 2.2 MW of peak power. It is well-suited for use in optogenetics as well as other applications such as multiphoton imaging, tissue dissection, and micro-surgery.