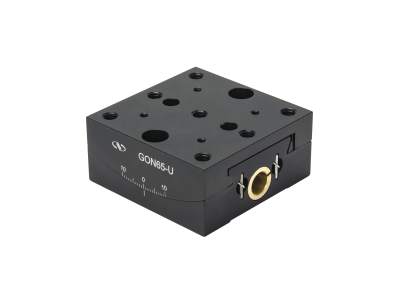 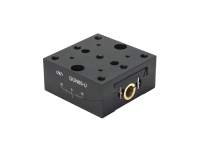 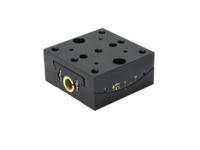 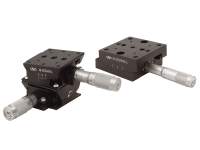 The M-GON65-U Upper Metric Goniometric Stage rotates an object about an axis, which is unobstructed by the stage itself, located over the center of the top platform. GON Series Goniometric Rotation Stages use an actuator-driven precision dovetail slide and are spring-loaded to reduce the backlash commonly found in similar worm-gear driven stages. The M-GON65-U upper stage has ±10° of rotational motion when used with a 25 mm travel actuator, and ±5° of motion when used with a 13 mm travel actuator. The motion on goniometric stages can be securely locked using a hex screw on the side of the stage. 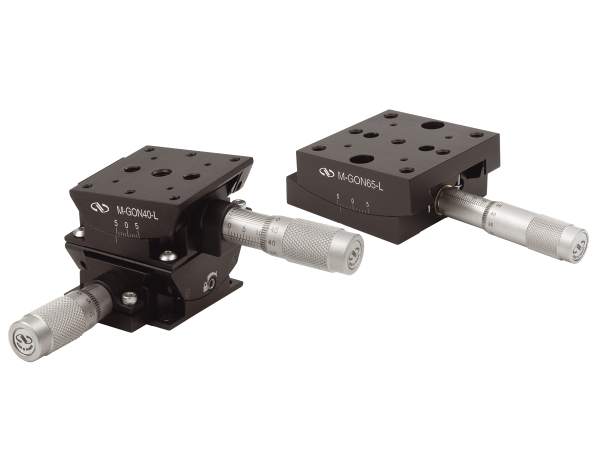 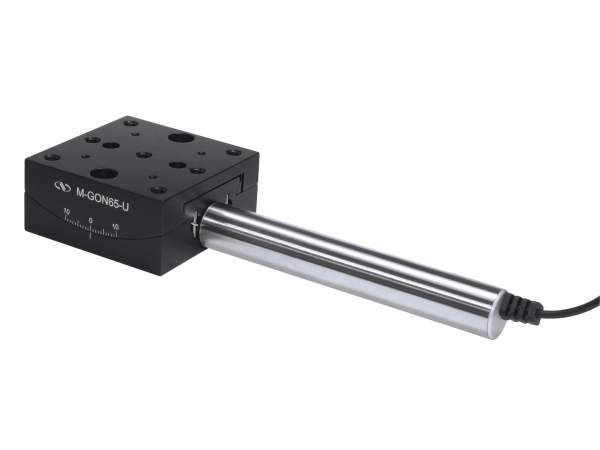 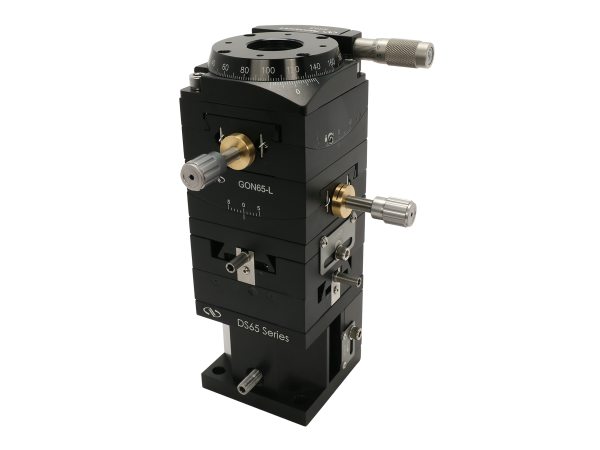