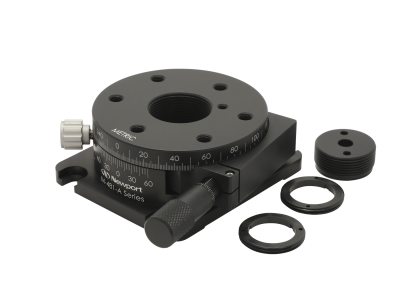 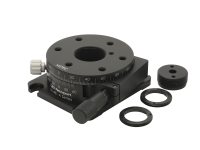 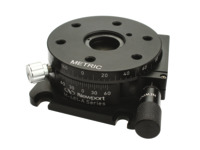 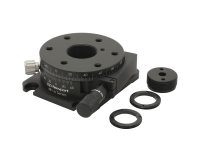 The M-481-A Metric Rotation Stage is ideal for fine 5° tuning the angular orientation of any component after rotating it to an approximate angle. An inner stage rotates 360° in a precision bored bushing that locks with a side mounted thumbscrew. The outer stage is a high resolution, tangentially driven design. Scale markings indicating every degree and a vernier with 5 arc min markings are engraved on the side of the stage. The 481-A is micrometer driven and attaches to tables and breadboards via clearance slots in the base, and to posts using one of two tapped holes located in the side of the stage. Additionally, the M-481-A includes two 25.4 mm diameter retaining rings A-1.25-1RR and a solid aperture insert RSA-1TI with a centered clearance hole for on-axis mounting of components such as post holders.

The 481 Rotation Stage series is ideal for fine-tuning the angular orientation of any component after rotating it to an approximate angle. The stages feature 360° continuous coarse translation on the precision bored bearing turned by hand and 5° fine adjustment tangentially driven by a micrometer or 100 TPI fine adjustment screw. To activate the fine adjustment, the coarse rotation needs to be locked in place with the thumbscrew. Scale markings indicating every degree and a Vernier with 5 arc min markings are engraved on the side of the stage. 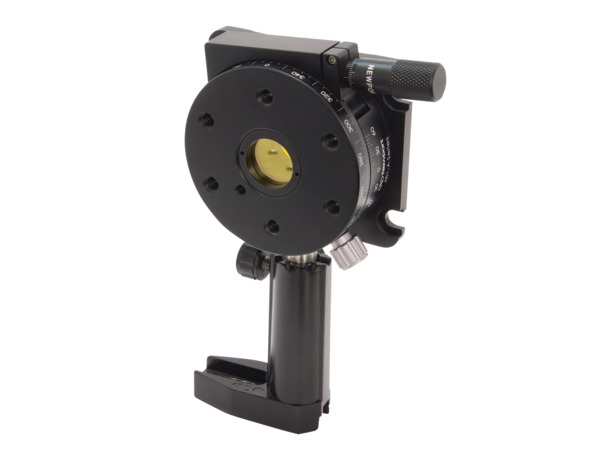 The 481 Series Rotation Stages feature 1.063"-20 threaded central aperture which allows secure mounting of 1.0 in. optic such as waveplates and polarizers using included retaining rings, 0.5 in. optic in PRA-05 Adapter, or 0.5 in. beamsplitting cube in CH-0.5 Holder. Glan-Laser Calcite Polarizers can directly thread into the tapped aperture. The 481 stages also come with a solid aperture insert RSA-1TI which will provide a centered clearance hole allowing on-axis mounting of optical component supported by an optical post. 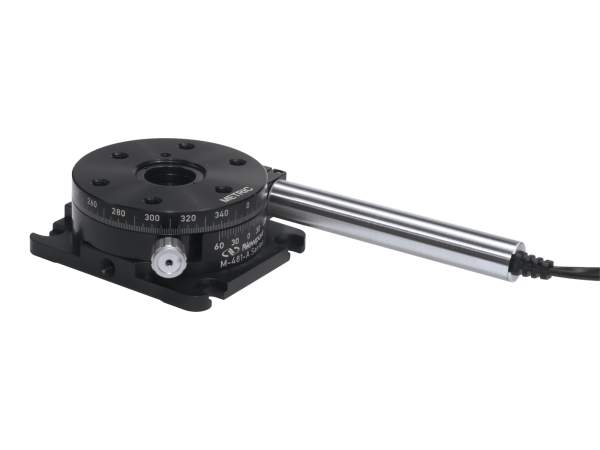 The actuators of 481 Series Rotation Stages can be quickly removed by untightening the side clamping screw in the actuator mount, allowing the user to install another type of actuator which best fits the precision requirement of the application. The compatible actuators include adjustment screws of higher TPI such as AJS127-0.5 , differential micrometer DM-6L , and motorized actuators (TRA6CC , TRA6PPD , TRB6CC , TRB12PP ). 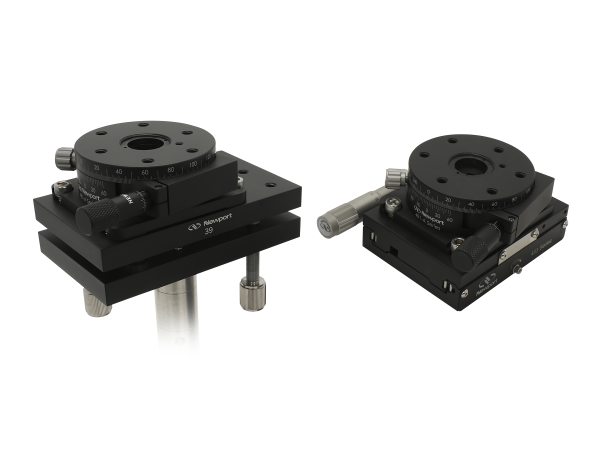 The 481 High-Performance Rotation Stages are compatible with a variety of our linear stages and tip & tilt platforms. They can be combined to provide multi-axis motion and can be easily adapted to fit a specific system's needs.