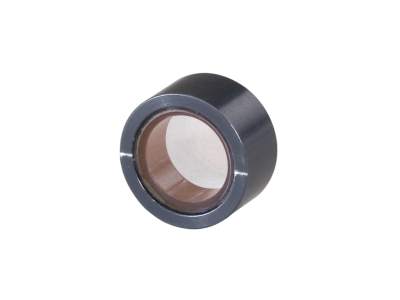 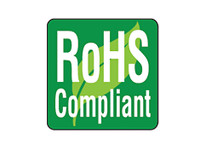 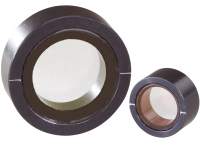 These zero-order wave plates are constructed of two quartz plates, air-spaced to allow for use with high-power lasers. By combining the two air spaced waveplates whose retardations differ by exactly λ/2, a true half-wave waveplate results. The fast axis of one plate is aligned with the slow axis of the other, so that the net retardation is the difference of the two retardations. The waveplates are antireflection coated to maximize transmission for major laser wavelengths from 248-1550 nm. The waveplate assembly is mounted in a 12.7 mm or 25.4 mm diameter black anodized aluminum housing to protect the waveplate and permit convenient handling and mounting. Lines on the housing indicate the location of the slow axis.

Rotate the Plane of a Plane-Polarized Wave

A half-wave plate can rotate the plane of polarization from a polarized laser to any other desired plane. Suppose a plane-polarized wave is normally incident on a wave plate, and the plane of polarization is at an angle θ with respect to the fast axis. To see what happens, resolve the incident field into components polarized along the fast and slow axes, as shown. After passing through the plate, pick a point in the wave where the fast component passes through a maximum. Since the slow component is retarded by one half-wave, it will also be a maximum, but 180° out of phase, or pointing along the negative slow axis. If we follow the wave further, we see that the slow component remains exactly 180° out of phase with the original slow component, relative to the fast component. This describes a plane-polarized wave, but making an angle θ on the opposite side of the fast axis. Our original plane wave has been rotated through an angle 2θ.

Retardation is Insensitive to Wavelength

Retardation is Sensitive to Incidence Angle

Retardation is Insensitive to Temperature

These waveplates' two quartz plates are air-spaced rather than cemented together. As a result, they can be used in high power applications because optical cement can be susceptible to damage when exposed to high intensity laser beams. Additionally, quartz has a higher damage threshold than some other retardation materials such as polymer film.