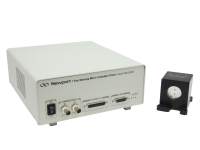 The FSM-300-NM Fast Steering No Mirror System provides two-axis, high-bandwidth rotation with sub-microradian resolution in a standard, economically viable design for commercial use in applications such as laser beam stabilization, laser pointing, tracking, and image stabilization. Using a unique flexure design to confine the motion of the mirror, the bearing surfaces often used with galvanometer scanners are eliminated. This results in ultra-smooth motion, very high accuracy, and practically infinite lifetime. The included controller/driver establishes the feedback interface between the angle sensors and the drivers, providing current to the voice coils that tip and tilt the mirror assembly. It also provides a convenient interface between the user and the mirror, allowing control voltages to be applied and mirror position to be monitored. The updated FSM-CD300 Series Controller incorporates upgraded independent gain and DC offset adjustments of both X and Y-axes. This enhancement significantly improves the system performance for Laser Pointing applications, requiring accurately controlled point-to-point movements. The FSM-300-NM is compatible with FSM-300-M-01 and FSM-300-M-02 mirror assemblies sold separately. 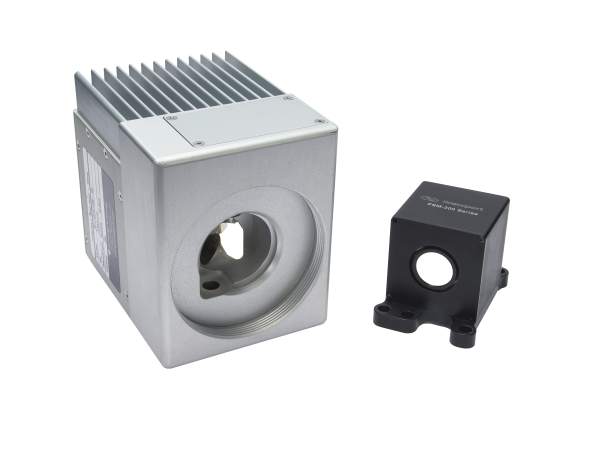 Fast Steering Mirrors offer a more compact package with a unique flexure suspension design used to constrain the motion of the mirror, eliminating bearings with their associated stiction and wear common to XY galvanometers. FSMs eliminate the need to compensate for beam displacement and polarization rotation due to a second reflection. With higher optical performance than galvo scanners, FSMs have larger apertures, lower wavefront distortion, and a broader choice of mirror substrates and coatings. The rotational axes of an FSM intersect at a single pivot point, unlike dual XY galvos, eliminating the displacement jitter and the Pincushion Distortion.

Four voice coil actuators provide fast, high-bandwidth rotation. Utilized in push-pull pairs, the actuators provide smooth, even torque to the mirror. An internal optical-based feedback loop is built into the FSM-300 head to provide position feedback with reference to the support frame for accurate and stable pointing and tracking. When used in combination with Newport’s OBP Series Laser Beam Position Sensing Detector, an FSM can quickly lock to the detector for rapid laser beam control and stabilization. 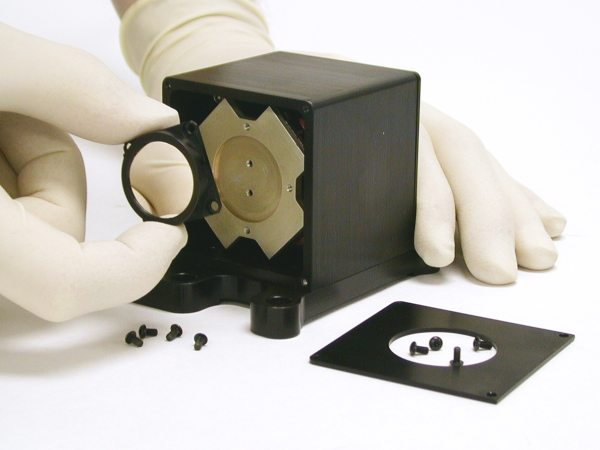 Newport offers a standard FSM-300 system with a 1-in. (25.4-mm) diameter mirror installed. Other field-replaceable 1-in. mirror assemblies allow the user to field replace the standard mirror with another mirror that best fits the specific application. These additional replacement mirrors are available for different wavelengths ranging from 250 nm to 20 µm.