Determination of the Blaze Wavelength

It has long been known that diffraction gratings can, in certain configurations, concentrate a large percentage of the energy incident on them into a specific diffraction order. This phenomenon has come to be called blazing.

Blazing and the Blaze Condition

A grating that is in a configuration in which it is blazing is said to be in the blaze condition. It is important to recognize that it is the characteristics of the grating as well as the conditions under which it is illuminated that contribute to the condition known as blazing. 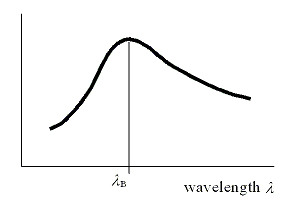 Figure 1. A typical efficiency curve: for a given diffraction order, the intensity of light diffracted by the grating varies with wavelength.

The Blaze Wavelength in the Littrow Configuration

The effect of the groove pattern of a grating on the direction of light diffracted by it is governed by the grating equation,

where α is the angle of incidence, β the angle of diffraction, λ and m the wavelength and diffraction order, and d the spacing between adjacent grooves on the grating surface.

The Littrow configuration is that specific geometry in which the light of a specific wavelength diffracted from a grating, into a given diffraction order, travels back along the direction of the incident light: in Eq. (1) above, this requires

For the Littrow configuration, the grating equation simplifies to

Figure 2a. The general in-plane diffraction condition. Light of a specific wavelength λ is incident on a grating at an angle α relative to its surface normal GN, and this light is diffracted into a specific order m along an angle β to the surface normal. Both the incident and diffracted rays lie in the plane perpendicular to the groove direction ("in-plane diffraction"). 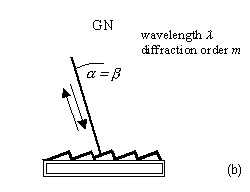 Figure 2b. The Littrow configuration. In this case, α = β. Note that in each case, the angles α and β are signed angles (i.e., in (a), α and β have opposite algebraic sign).

The Richardson Gratings Diffraction Grating Product Guide indicates the Littrow blaze wavelength (for the first diffraction order, m = 1) for each of its gratings. For ruled gratings (whose grooves are triangular), the blaze wavelength for other orders can be found by the approximation

The Littrow blaze angle θB is defined as the diffraction angle (in the Littrow condition) for the blaze wavelength:

The Blaze Wavelength for Other Configurations

When moving off the Littrow condition (i.e., when α ≠ b ), the blaze wavelength and blaze angle generally satisfy the condition

That is, the blaze wavelength decreases with the cosine of the angle between the incidence angle α and the Littrow blaze angle θB. Eq. (6) may be very accurate or an approximation at best, depending on the groove profile and illumination conditions.

Efficiency at the The Blaze Wavelength

While it is relatively straightforward, as shown above, to determine the wavelength λB of maximum efficiency, it is more difficult to determine the maximum efficiency itself. Since this calculation requires the use of Maxwell's equations, it is generally addressed by computer simulation. There are a handful of computer-based grating efficiency programs, some of which are available commercially; Richardson Gratings uses PC Grate to simulate the efficiency behavior of its gratings.